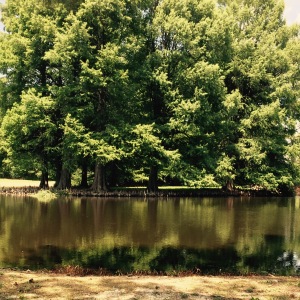 Yesterday morning I read Genesis, Chapter 26.  I’ve only read it at least 100 times in my life, I guess. I don’t know. I haven’t really counted, but I just love it that God’s Word is always fresh. Like when I read something 100 times and one day…BAM…God says, “Park here. Take a deep breath and dig in.”

Abraham’s son, Isaac, who was the son of promise who became the husband of Rebekah who gave birth to Jacob and Esau, had a season of digging wells. I never thought much about this, but I kinda feel like I’ve been digging a lot of wells in the last decade or so. And the enemy just keeps filling them in.

Isaac was living in the land that God had promised Abraham would belong to him and his descendants. Famine had come to that land. Isaac wanted to go to Egypt to wait out the famine, but God told him to stay put.

So Isaac obeyed the Lord.

And God blessed him.

In spite of the famine.

“Isaac sowed in that land and reaped in the same year a hundredfold. And the Lord blessed him, and the man became rich, and continued to grow richer until he became very wealthy; for he had possessions of flocks and herds and a great house hold, so that the Philistines envied him.” verses 12-14

Uh-oh. Envy isn’t exactly an emotion that brings out the best in people.

Isaac’s father, Abraham, had dug some wells in the land and the mean-green-with-envy-Philistines decided to fill them in with dirt. Then the king of the Philistines, Abimelech, told Isaac, “Go away from us, for you are too powerful for us.”

So…Isaac did. He settled in a valley and began reopening the wells his father had dug, choice wells because they were fed by an underground spring. The best of the best. Highly desirable. And they were rightfully his, but alas…the herdsman of the land quarreled with Isaac’s herdsman and claimed the first well as their own so Isaac named that well, Esek, meaning contention.

Isaac dug another well and there was even more quarreling so he named that one Sitnah, meaning enmity. I think he began to realize that this wasn’t just about a well. The Philistines’ jealousy was causing Isaac so much grief that he decided those wells weren’t worth fighting for. So he moved on.

I mean…he really moved. Like packed his bags and moved his tent, all those flocks and herds and all his house hold. Away to a place where he dug another well that no one tried to take away.

And Isaac had peace in that place. He called it Rehoboth, meaning wide open spaces. Because he said,  “At last the Lord has made room for us, and we will be fruitful in the land.” verse 22

I just couldn’t help myself. I stopped and I wondered…why didn’t Isaac fight for what was rightfully his? Why did he give up? Why did he yield not once, but twice?!

It wasn’t exactly the easiest thing in the world to dig a well in Isaac’s day. Wells were dug by the sweat of man’s brow. We’re talking back-breaking-labor-intensive-work. Yet, to work so hard and not be able to enjoy the fruit of his labor? REALLY?

What can one really do with a contentious bunch of people, anyway? Who wants to labor hard digging wells then labor even harder trying to keep the enemy from quarreling over them or filling them in with dirt?

And that’s exactly what God did.

Oh. How I love that.

Sometimes God says it’s time to move on. To leave the old wells behind. To let go of things I thought were rightfully mine. Sometimes it’s not a battle God wants me to fight. There will always be those who want to make life difficult for the child of God, but when the enemy comes filling in my wells it doesn’t mean God’s hand is against me. It means His hand is leading me to more spacious places. To something better.

In seasons of famine, when everything within me wants to flee, sometimes God says “Park here. Take a deep breath and dig in.” There in the middle of the valley, God gives me seasons of refreshing. He leads me to my own personal Rehoboth. Where I not only drink freely from my well, I can breathe more freely, too.

Because there’s room to grow, room to prosper, room to roam…

And I really love that.